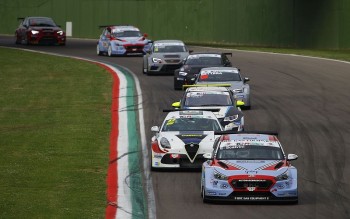 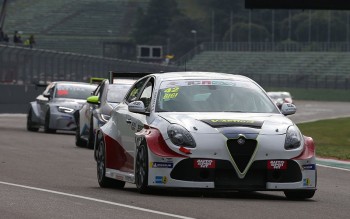 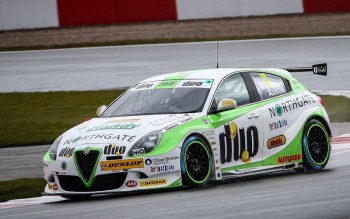 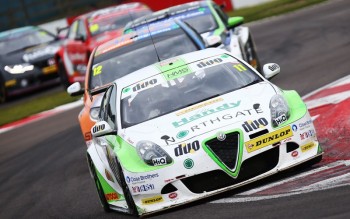 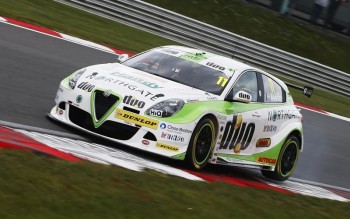 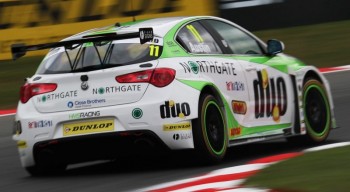 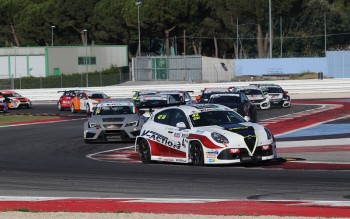 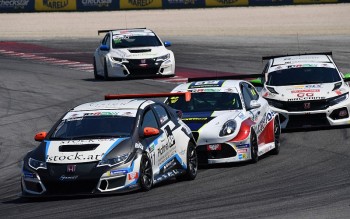 TCR Italy @ Misano
Ferrara stretches his leading margin
With a victory and a second place at Misano, Luigi Ferrara has stretched his leading margin in the TCR Italy standings.
At the wheel of his V-Action Racing Alfa Romeo Giulietta, Ferrara took his third win of the season in Race 1,
making good use of his pole position and leading from lights to flag.
Behind him, Salvatore Tavano’s Cupra and Lorenzo Nicoli’s MM Motorsport Honda Civic battled for second; with ten minutes left, Nicoli succeeded in overtaking Tavano, but then spun off and rejoined to finish ninth. This promoted Plamen Kralev's Audi RS3 LMS to third.
With two laps to go, the BRC Racing Hyundai i30 N of Eric Scalvini and the Target Competition Honda Civic of Jürgen Schmarl made contact while fighting for fourth, which allowed MM Motorsport’s Massimiliano Mugelli to finish fifth ahead of Schmarl.

Schmarl made up of the disappointment by claiming his maiden win in Race 2. The Austrian crossed the finishing line second, close behind the Cupra of Andrea Larini, but the latter received a 25-second time penalty for an infringement during the safety car period and dropped to 15th. Larini took the lead at the start, but two different pile ups resulted in the race being red-flagged. At the restart behind the safety car, Larini did not observe the correct distance, which was the reason for his penalty. Behind him there were thrilling fights with several contacts. Kralev’s Audi and Marco Pellegrini’s Honda Civic collided and retired while fighting for third; Scalvini’s Hyundai was sent into a spin by Matteo Greco’s Cupra while fighting for fifth; Greco was then given a drive through.
In the final laps, Ferrara managed to overtake Schmarl, but the Austrian retook the position and was handed the victory, courtesy of Larini’s penalty. Ferrara increased his leading margin in the standings to 23.5 points; Schmarl moved up to fourth, 37 points behind.
The series will resume at Mugello on July 14th and 15th.
Photos: ACI Sport-Photo 4
SCARB no 00575
Alfa Romeo Registro Miniatura, since 1992.
http://alfaromeominiatura.nl
Alfa GT 1.9 JTDm QV Q2 2009 rosso
Alfa Giulietta Sprint 1.4 TCT 2016 rosso
*driving Alfa Romeo since 1975 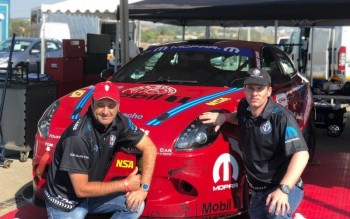 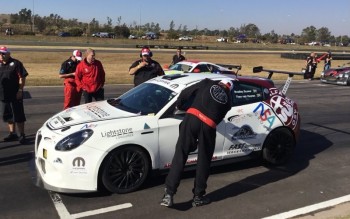 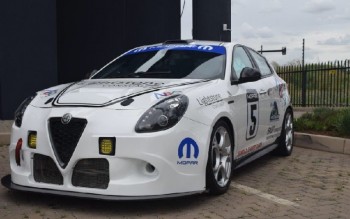 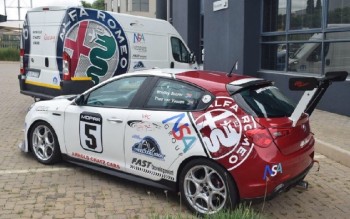 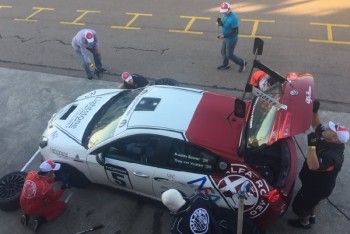 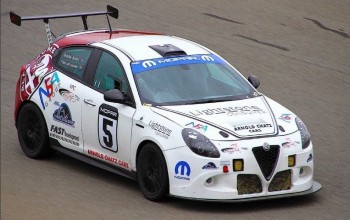 WTCR Kevin Ceccon joins Team Mulsanne
Team Mulsanne has signed Kevin Ceccon to drive one of the team's 2 Alfa Romeo Giulietta cars in the remaining rounds of the WTCR.
Ceccon joins Fabrizio Giovanardi and replaces Gianni Morbidelli.
The 24-year-old Italian has built himself a reputation in single-seater racing; he finished third in the 2010 F3 Open, clinched the 2011 Auto GP title and scored two race wins in the 2015 GP3 Series in which he was classified seventh.
In 2011 he became the youngest Italian ever to drive a Formula 1 car during an official test, with Toro Rosso at Abu Dhabi.
"We are happy to welcome Kevin in the family. He's a very promising young driver who has already shown his potential in different formulae. The WTCR is a difficult series for a first approach to Touring Car racing, but we believe he will be up to the task,"
said Michela Cerruti, Operations Manager at Romeo Ferraris.

A late addition to the calendar for replacing the Argentine round, this week's WTCR event at the Slovakia Ring marks the beginning of the second half of the season for the FIA World Touring Car Cup. It takes place three weeks after Vila Real that produced the most catastrophic incident in four years of TCR competition.
14 / 15 July - WTCR, Rounds 16, 17 & 18 @ Slovakia Ring, Slovak Republic
Live streaming at www.tcr-series.com and www.tcr-series.tv.
SCARB no 00575
Alfa Romeo Registro Miniatura, since 1992.
http://alfaromeominiatura.nl
Alfa GT 1.9 JTDm QV Q2 2009 rosso
Alfa Giulietta Sprint 1.4 TCT 2016 rosso
*driving Alfa Romeo since 1975
Plaats reactie
157 berichten